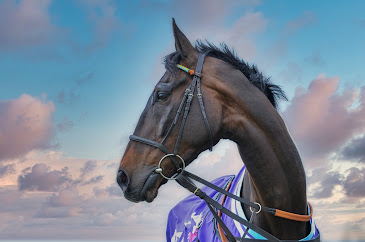 Good looks attract the eyes. Personality attracts the heart. Might Bite certainly had both but what endeared him so magnetically to many of us was his unique and seriously special personality. Nicky Henderson speaking on his retirement in January said, "You could write a bloody book on him !! He was always a great character. He was as good a looking horse as you'd see, and I think he knew it." Might Bite won 10 of his 25 starts (40%) including 4 Grade 1's, but sadly he was winless in his last 9 races. Both his sire Scorpion and his grandsire, the very classy multiple Group 1 winner Montjeu have both been described as quirky and temperamental. The best personalities in life are always different to the rest. They stand out in a crowd. They are red in a yellow sea. Might Bite was certainly individualistic who was very much out on own. He was a very likeable individual. He was unlike other racehorses. If they went right, he went left. He did things his way. He was horse w
Post a Comment
Read more 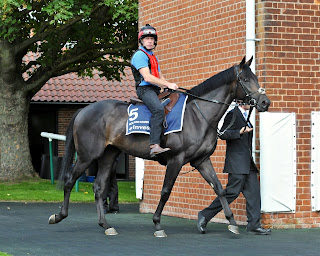 It's never ever going to be the right time to say goodbye to anybody, especially when their life has been cut short so suddenly and so cruelly when they still had unlimited potential and so many hopes, dreams and aspirations to realise. Hopes, dreams and aspirations that sadly had been recently masked mentally by life's muddy waters, personal issues that had taken over the mindset. This is a sign of the times that we are now living in, the constant worry for many of us of being liked and of actually being accepted. Social media interaction has contributed greatly to low self-esteem issues in people of all ages. Michael absolutely adored his horses. He was so very proud to have looked after two of the very best Group 1 winning thoroughbreds. They were his babies. I remember that he used to gently whistle to them around the paddock, a calming, soothing whistle with his lips tightly pursed that would totally relax them. Even though they were sometimes in unfamiliar places with s
11 comments
Read more

A TRIBUTE TO UN DE SCEAUX 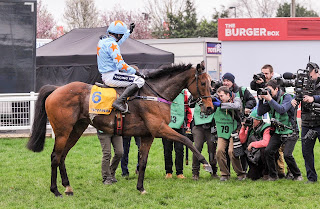 In life we are always attracted to big personalities, whether we know them personally or just appreciate and enjoy them from afar. With horse racing, particularly National Hunt racing (as the horses remain in training for so much longer), we often feel that we develop a strong magnetic-like connection with these personalities, a definitive competitor/spectator relationship that is unrivalled in any other sport. And there was no bigger personality on a racecourse than the brilliant, the loveable, the brave, equine superstar Un De Sceaux. Un De Sceaux was foaled in France in May 2008 and went on to win his only two races there before moving to Ireland. He ended his career having won 23 of his 34 races under rules winning over £1.5m in prize money, and he was retired in February this year when sustaining minor ligament damage when preparing for the Queen Mother Champion Chase. Un De Sceaux left Ireland for France at the end of April and Willie Mullins said, "Un De Sceaux is
2 comments
Read more 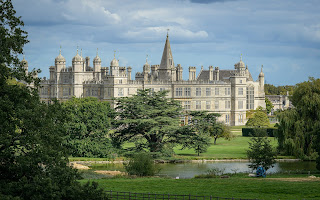 I have always gone horse racing from a fairly early age, but apart from watching my daughter compete at various shows when she was younger, I had never really considered any other equine related sporting events (apart from Olympia, we went to that), until a friend of mine suggested that I tried going to the cross-country at one of the major British Eventing fixtures. She said, 'You'll absolutely love it and there are so many opportunities for your photography too, so make sure that you take your camera !" I travel up and down the A1 quite often, I actually quite enjoy it, usually on the way to Donny or York. There are various truckers cafes that I frequent to break up the journey. Talk about value. £5.50 for a proper breakfast with a free re-fill as well. I usually bung them £5.60 to show my appreciation. I had often seen signposts for Burghley House on the A1 and was aware that their meeting in early September was a highlight of the British Eventing series.  I'd l
2 comments
Read more 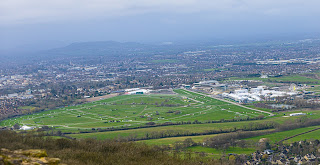 One of my most satisfying photos that I have taken was a water jump photo on the Old Course at Cheltenham racecourse in October 2017. I wasn't that experienced at the time, nor was I using the most up-to-date camera equipment. However, it was still a shot that I am proud of, not in terms of quality, but because of the thought that went into it and the fact that by 'pulling it off' I was successful in anticipating it happening, in advance. That, to me, is one of the most gratifying parts of this aspect of photography, the planning and the forethought. I was introduced to the public footpath that surrounds Cheltenham racecourse by a friend who also enjoys his photography. We walked all around the racecourse on the footpath one morning before a days racing earlier in 2017 looking for and discussing photo opportunities. The old course is far better than the new course for photos as it is closer to the footpath. If you watch when horses jump the water jump on TV the camera i
2 comments
Read more